Rob Ashcraft is a singer, songwriter, musician and producer with over forty-years of live music-performance experience. For the last twenty-years, he has focused on songwriting and producing, not only his own music, but other artists in East Tennessee. Rob performs his original blues-rock songs in an acoustic format, as well as with his band, The Dixie Kingpins.  Rob has an extraordinary way of reaching listeners with the sincerity of his lyrics, the passion behind his music, along with warm, powerful vocals. Don’t miss this opportunity to hear him live.

1979 - The die is cast... Raised as a farm-boy in Southeastern Indiana, Rob grew up learning many styles of music; bluegrass, country, southern rock and pop. He began playing in his first bands in 1979, at age 14, and by 15 was playing professionally at events and local honky-tonks. He received his formal musical training in music theory, choral, instrumental and vocal performance through high school and college, where he explored other styles of music such as Classical, Jazz, Big Band, Blues, Progressive Rock and Fusion. Although Rob now lives in the mountains areas of East Tennessee, he still maintains association with his musical-roots in Southeastern Indiana, performing for benefits and guest appearances each year. 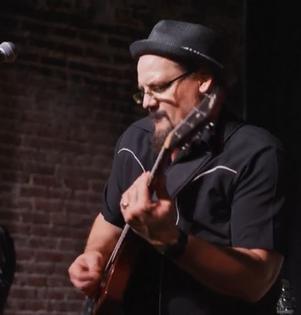 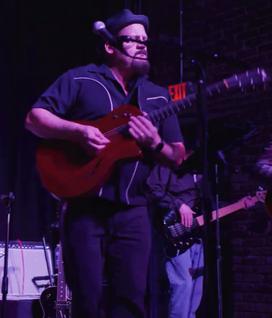 1988 -Finding Worship...  Rob began playing worship music in 1988, serving as a musician in his church.  He was mentored under several Worship Leaders, including Thomas Hill (Promise Keepers).  He instantly knew that this is where is greatest musical passions were found. Rob started leading worship teams in 1993, assembling, training and leading many teams through the years. He has trained and mentored a number of worship leaders and has also taught Music Theory / Worship Leading on a college level.

His music is written from personal experiences and has touched the hearts of many with the sincerity of his lyrical content. Rob's music spans genres of Blues, Rock, Modern-Worship, Country and Americana.  Today, Rob also records and produces other artists at his studio, Magnus Sonum Studios and performs live with his band all over TN, GA, KY and NC.