13.September.2022 UPDATE
Rob Ashcraft released a single from his upcoming album, "Restoration". The single is called, "Beyond The Veil" and was originally written in 2002.  Rob re-wrote the song this year and is including it on the upcoming album.  Click here to see the video!

15.NOVember.2021 UPDATE
Rob Ashcraft was inducted to the Southeastern Indiana Musicians Hall of Fame. Rob was nominated in 2020, however due to COVID Restrictions, the induction ceremony was delayed until 2022.  Rob thanks the committee for voting him in and is greatly honored to be a member of the SEIMA Hall of Fame class of 2020.

2.February.2021 UPDATE
Ashcraft & Gibbs posted their second song release for 2021. This song was a huge collaboration with classic car aficionados and was intially based on a poem by Rob's life time friend, Gary Bentle, that describes the journey of finding and restoring a 1968 Camaro.. If you are a classic care enthusiast, this song is for you! you Check out, "THAT OLE' 68"

12.January.2021 UPDATE
The song-writing duo, Ashcraft & Gibbs, have released there first song for 2021.  Please give a listen to "MY FINAL DESTINATION."

12.October.2020 UPDATE
The song-writing duo, Ashcraft & Gibbs, has been writing a ton of new music this year while "sheltering at home" and are now in recording phase. Here is the first release, a song celebrating East Tennessee's special blend of blues-rock music. Please give a listen to "SMOKY MOUNTAIN BLUES"

Rob Ashcraft was announced as one of the 2020 inductees to the Southeastern Indiana Musician's Association Hall Of Fame. Due to the COVID-19 situation, the award ceremony has been moved to Spring of 2021.

11.May.2020 UPDATE
Rob Ashcraft produces a new original song for Country Artist, Wes Rowland. Rob enjoyed working as a session musician on guitar, bass and keyboards, as well as engineering and producing the song. Wes wrote a great song... check it out at the link below.
Link To Song

Hear an interview with Rob Ashcraft by Drum Hustle Podcast where Rob is offering insights into what producers look for in a drummer.

07.DEC.2019 UPDATE
Rob's band, The Dixie Kingpins release their first album, "Keepin' It Between The Lines."  Get your copy at https://store.cdbaby.com/cd/thedixiekingpins

03.NOV.2019 UPDATE
Rob Ashcraft and Tim Lee Gibbs announce the completion of their current album project with their band, The Dixie Kingpins.  The album will be released at show on Dec 7 and available for purchase at that time.  See their website for details.

24.SEP.2018 UPDATE
Rob assembles an all-star band to highlight performers in his home area of Dearborn County, Indiana, called "The Sons of Dearborn" and will perform at the Aurora Farmer's Fair, October 6 at 4p in Aurora, IN.

10.Dec.2017 UPDATE
Rob Ashcraft directs the Christmas Show in his hometown, Moores Hill, Indiana for the third-year.  In this benefit performance, Rob features a song he wrote about coming home for Christmas, "Christmas In My Hometown." 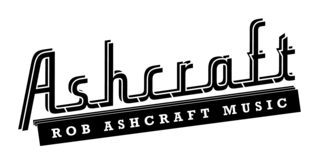 Welcome to the Music site of Rob Ashcraft. We are CONTINUALLY updating CONTENT with NEWS and THE latest recordings FROM ROB ASHCRAFT,

WE HOPE YOU WILL Stop by often.

Rob Ashcraft PERFORMS his original music AS A SINGER/SONGWRITER SOLO PERFORMER, WITH HIS BAND, "Rob Ashcraft & THe Mystery Mountain Men", And with "The Bo Ashby BAnd", a Full, 5-piece Classic Rock band.

for information on booKing Rob for your venue or event.  Please send Us a note from our contact Us Page.  PLEASE Visit our SHOWS page to see a list of upcoming Solo performances.

Capturing the hearts of many in the words of his songs

Music written from his soul and life experiences

Finding great joy and passion in the music he writes